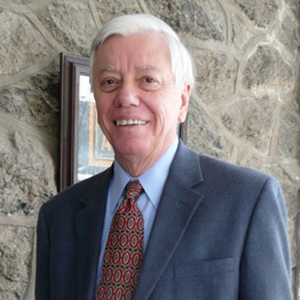 This text is a summary of the presentation he gave on May 27 2010, in Montreal, to the members of the Federal Idea, a Quebec think tank on federalism. A Powerpoint presentation is also available.

Constitutionally, the U.S. federal system is more decentralized than Canadian federalism, but American federalism became highly centralized during the second half of the twentieth century. Yet Americans have fairly high levels of trust in all their governments and believe their home state is treated with respect in their federation. Canada’s federal system is now more decentralized; yet Canadians express lower levels of trust in their governments and less often believe their home province is treated with respect.

These differences are due not so much to centralization versus decentralization as to cultural and political factors that shape people’s views of federalism. In Canada, federalism is contested because many Francophones and Anglophones have different views on the nature and purposes of federation. No such cultural or linguistic divide exists in the United States. Therefore, Canadians argue about their federalism more than do Americans.

In Canada, Quebec especially acts as a brake on federal power. Other provinces often mimic Quebec in order to enhance their autonomy and prevent the federal system from becoming too asymmetrical. In the United States, the South had acted from 1789 to about 1965 as a brake on federal power by defending states’ rights. The United States was a de facto bicommunal federation for some 175 years. Since 1965, however, no U.S. region or state has had cultural or political incentives to resist centralization steadfastly.

Centralization in the United States was promoted partly to protect individual rights. Historically, the federal government had little impact on citizens. State and local governments performed the lion’s share of duties affecting citizens. These governments, therefore, committed the lion’s share of rights violations, most atrociously in the South’s perpetration of slavery and race segregation. By the 1960s, the federal government was called upon to liberate persons from the tyranny of such places.

In Canada, there is reluctance, especially in Quebec, to interpret the Charter of Rights and Freedoms in an American-like manner. Such an approach could collide with cultural preferences. Hence, Canada’s charter has the notwithstanding clause. This would be unacceptable in the United States. It is acceptable in Canada, in part because no region has an egregious record of rights violations comparable to the U.S. South. On the contrary, Canada’s principal defender of provincial sovereignty can credibly claim that the federal government and the rest of Canada had long discriminated against it. Rights protection and decentralization are thusly not as antithetical as in the United States.

Centralization in the United States has been accompanied by a nationalization and federal-state-local integration of the political party system. Neither Democrats nor Republicans are any longer principled defenders of decentralized federalism, and voters do not ask them to be so. Each party occasionally waves the states’ rights flag, but only for temporary political expediency. Canada’s party system is regionalized and two dimensional—federal and provincial—and at least one federal and one provincial party have a secessionist orientation.

For these and other reasons, there is a note, though not excessively strident note, of disgruntlement and distrust about federalism in decentralized Canada that is not present in the more centralized United States.