Study: Integrating electricity sectors in Canada: Good for the environment and for the economy 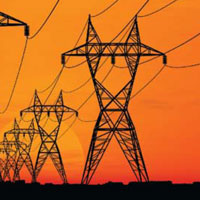 In July 2011, the foundation for a collaborative action plan by Canadian provinces on energy was built at the annual conference of the energy and mines ministers in Canada, in Kananaskis, Alberta. This draft Canadian energy strategy has particular support from the Western provinces, who recently committed themselves to promoting the idea at the federal level as part of their New West Partnership, bringing together British Columbia, Alberta and Saskatchewan.

Many other groups financed by energy industry associations (essentially the oil and natural gas sectors) are also promoting a Canadian energy policy: the Energy Policy Institute of Canada, the Energy Framework Initiative, and the members of the Winnipeg Consensus are indeed very active in the promotion of such a harmonization of the various provincial energy regulatory regimes.