Study: The Referendum in Multi-level States: Fracturing or Fostering Federal Models of Government? 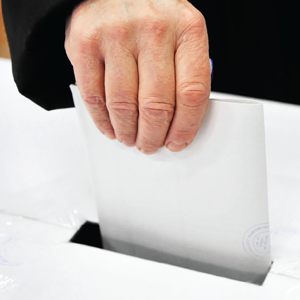 The Referendum Challenge for
Multi-level States

The use of the referendum, particularly at the level of constitutional decision-making, has proliferated widely in recent decades. A major factor has been the collapse of formerly federal states in Eastern Europe and the constitutional re-ordering of other federal countries: the federal USSR and Yugoslavia each collapsed in the face of popular revolt expressed through the ballot box, while federations such as Canada, Australia and the United States have experienced important referendums at either (or in Canada’s case, both) the state or sub-state levels over the past forty years. In other states the referendum has helped bring about devolved models of government, putting formerly unitary states such as Spain and the United Kingdom on a decentralising trajectory, and possibly in the direction of federalism itself. And it is also notable that referendums have played a very significant role in the federalisation of the European Union in two ways – the accession of new states and the ratification of new treaties.

This paper will categorise the proliferation of the referendum, discussing the different ways in which they have played a role in processes of state-collapse and state-restructuring in federal and other multi-level states. Is it the case that referendums act as a destabilising force in federal states by bringing to the surface the existence of multiple political communities within the state, and by giving each of these the capacity to make constitutional demands by way of a direct voting process which can also at the same time build national sentiment at the sub-state level? Certainly the referendum story of the former Union of Soviet Socialist Republics (USSR) and Socialist Federal Republic of Yugoslavia (SFRY) is one of collapse, but this is not the whole story; the referendum has also been used to build multi-level systems of government, for example, in Spain and the UK, albeit that the stability of these systems is a constant source of debate.