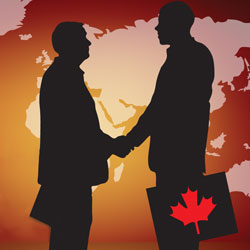 In the twentieth century, promoting trade between countries was focussed, for the most part, on tariffs and associated non-tariff barriers. Over time the focus has shifted to a much broader agenda such that we no longer speak of “trade” agreements per se but rather “economic and trade” agreements or “second-generation” trade agreements.

As a small open economy, Canada is at the forefront of this trend and is currently negotiating (or at least contemplating) a wide range of bilateral and multilateral second- generation agreements with a diverse set of countries around the world (Clark 2012).1 However, as the agenda expands beyond tariffs, the complexity of the agreements also expands. Even if a trade agreement like the North American Free Trade Agreement (NAFTA) is complex, newer agreements seek to address a wider range of issues including labour mobility, investor protection, mobility of business persons, public procurement, electronic commerce, and intellectual property. This wider agenda has important implications for federations or other broadly similar forms of multi-level governance (e.g., the European Union [EU]). In effect, negotiating such second-generation agreements requires close collaboration with provincial or state governments (member states in the EU), which have jurisdiction and responsibilities that are critical to the successful conclusion and implementation of a given agreement.

In Canada, provincial and territorial governments, by virtue of their responsibility for health and education and their role as large buyers of goods and services, to name but two examples, have a critical role to play if Canada is going to successfully negotiate and conclude second-generation agreements.