Survey: 30 Years after the 1980 referendum, Quebecers feels that the issue is outmoded 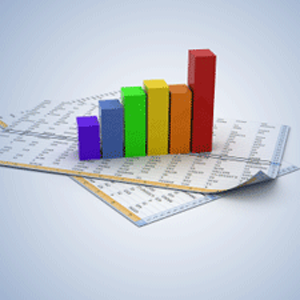 STUDY : THE STATE OF FEDERALISM WORLDWIDE

Montréal, Tuesday, May 18, 2010 — Thirty years after the 1980 referendum and fifteen years after 1995, a 58% majority of Quebecers feels that the Quebec sovereignty debate is settled, while a 26% minority believes it is more relevant than ever. This is the main conclusion of a CROP poll of 1,000 respondents conducted via a WEB panel between April 15 and 22 under the auspices of The Federal Idea, a Quebec Think Tank on Federalism.

Among other things, the poll revealed that:

• Only 14% of respondents believe that Quebec will be an independent country within 30 years;

• 47% feel that there are fewer reasons for Quebec becoming independent today than there were 30 years ago: 41% believe that there are as many reasons or more reasons why the province should become a sovereign country than in 1980;

• However, the respondents did not appear enthusiastic about the functioning of Canadian federation; only 26% felt that disagreements between Quebec and the rest of Canada are generally resolved to the satisfaction of both parties, while 56% think the opposite.

The survey also reveals that 57% of respondents believe that the survival of French is less secure today than it was 30 years ago. Although the protection of French has long been perceived as an argument in favour of independence, it is conceivable that, given the other findings from the survey, concern over the survival of French in Quebec is based more on the worldwide predominance of English and its effect on the decline of all national languages. Moreover, the poll also shows that when asked to define themselves as either federalist or sovereigntist, many respondents are reluctant to label themselves. Quebec thus seems to be divided into four groups, with 22% of respondents describing themselves as federalist above all, 24% as sovereigntist above all, 22% as partly both, and 25% as neither.

“These results agree generally with the first survey done by The Federal Idea in April 2009, which focused on Quebecers’ perceptions of federalism. The sense of urgency over the national question in the 1980 and 1995 referenda appears to have dissipated. For many Quebecers, independence is no longer seen as a solution to Quebec’s problems, including the relative fragility of the French language. The population has resigned itself to the status quo, without necessarily supporting the federalist argument. One gets the impression that the debate over the province’s political future is simply not relevant to them. There is much food for thought for both sides of an issue that has been contested for over 40 years,” says André Pratte, spokesman for The Federal Idea.

THE STATE OF FEDERALISM WORLDWIDE IN 2010

Today The Federal Idea also released a study on the state of federalism in the world commissioned from Professor André Lecours of the School of Political Studies at University of Ottawa. This study reviews the main issues facing the current federal systems as well as differences that distinguish them from one another. The study addresses important issues in the practice of federalism, such as centralization and decentralization, symmetry and asymmetry, diversity and conflict management, and redistribution of wealth. The author examines various experiments in the practice or principles of federalism in several countries, including Belgium, Switzerland, India and the United States. Prof. Lecours notes that “the success of a federal arrangement should be gauged by its ability to manage rather than eliminate conflicts. Federalism can certainly help resolve conflicts, but it must be used in combination with other strategies, such as power-sharing, recognition of language rights, or acceptance of asymmetrical policies.”

The study on the state of federalism worldwide in 2010 is the third study published by The Federal Idea since it was founded in June 2009. In November 2009, the think tank published its first study on Quebec’s place in the federal electoral redistribution, from the pen of Louis Massicotte, Professor in the political science department at Laval University. This March, The Federal Idea published a second study titled Centralized support for the arts in Québec: a good idea?, prepared by researchers François Colbert and André Courchesne, respectively holder and business development director of the Carmelle and Rémi Marcoux Chair of Arts Administration at HEC Montréal. The Federal Idea is a non-partisan network whose goal is to provide discussion material for quality exchanges on all aspects of federalism by way of research, opinion surveys and public activities. The Federal Idea’s publications can be found at the following address: www.ideefederale.ca