A great opportunity for federalism 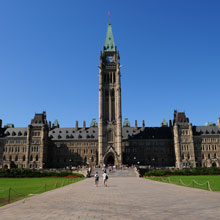 The results of the recent federal election offer Members of Parliament a historic opportunity. We urge those elected on May 2 to seize it.

For the first time since 1993, Quebecers have elected a strong majority of MPs from federalist parties. Yet no one can claim that this was a victory for federalism: The subject of independence did not lie at the heart of the campaign. Nor is it “the last chance for federalism”: The Canadian federation has evolved ceaselessly since its creation in 1867, in part through the instigation of Quebecers, and will continue to do so in the future.

Yet, something truly has changed. For about 20 years, Bloc Québécois elected representatives maintained that Quebec interests and those of the rest of Canada were irreconcilable, that the search for compromise among the various regions of Canada necessarily led to solutions that were detrimental for Quebec. In spite of that argument, on May 2, three-quarters of Quebec voters placed their trust in Canada-wide parties. Today, the government of Stephen Harper, the Official Opposition made up of the NDP and MPs from the other parties are in a position to show that these voters have done the right thing, that it is to the advantage of Quebecers to resume their place within Canadian institutions. Through the positions they adopt and their discourse, elected representatives can demonstrate that Quebecers’ interests and values often are identical to those of other Canadians, and that when such is not the case the federal model makes it possible to forge mutually beneficial compromises.

With Quebec having elected only five Conservative MPs, the province is relatively poorly represented in the Cabinet. Nevertheless, Mr. Harper has promised to govern for all Canadians. The Prime Minister will have to listen to Quebecers, who will express themselves notably through the voice of the many New Democrat MPs from the province. Forming a majority government confers advantages, but also imposes duties, including that of bringing Canadians together.

Quebec MPs in the caucus of the Official Opposition also bear a special responsibility. Quebec voters have en-trusted them with the task of defending their interests in Ottawa. However, since they belong to a party that believes in Canada, these representatives will not be able to behave like their BQ predecessors. There will be strong pressure on them to adopt positions that take account of only the Quebec point of view as defined by the separatists. Every day, doubt will be cast on their loyalty to the Quebec nation. NDPers should ignore those critics and remain on course. Defend Quebec, yes, but while taking into consideration the views of other Canadians and the responsibilities we share as partners in the federation. They will have to work at resolving disputes through dialogue rather than through threat.

The results of May 2 also impose a duty on MPs from the other provinces. They must renew dialogue with their Quebec counterparts. Much water has flowed under the bridge since the failure of constitutional negotiations 20 years ago. Quebec has changed, just like the rest of the country. To be productive, exchanges must be entered into on these new foundations rather than on the recriminations of the past.

The victory of federalism is not consecrated by a particular ballot. Rather, it is to be observed in the prosperity, the freedom, the respect for fundamental rights and diversity that are characteristic of Canada. Those elected on May 2, 2011, are now the guardians of those cornerstones of the Canadian undertaking.