Study: Catalonian nationalism in Spain’s time of crisis: From asymmetrical federalism to independence? 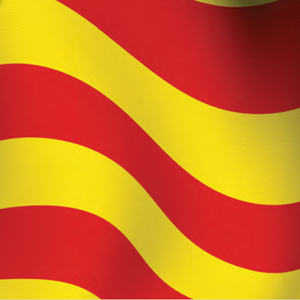 In a Spain devastated by an ongoing economic crisis since 2008, Catalonian nationalism seems to have found a new life. A renewed nationalist fervour was evident at the great popular mobilization of the Diada Nacional (Catalonia’s national holiday) on September 11, 2012, which brought more than a million people into the streets of Barcelona marching under independence slogans.

Since the democratic transition that followed the death of Franco on November 20, 1975, Catalonian nationalism has taken advantage of the institutional autonomy and the political room of maneuver conferred by the Spanish Constitution of 1978 and the new State of Autonomies (Estado de las autonomias). These have in fact allowed Spain to evolve from the territorial structure of a unitary State governed in the name of the ideology of “National Catholicism”, distinguished by the defence of the Catholic religion and Spanish nationalism, towards a quasi-federal structure where the Senate represents the diversity of Spanish territories and where each region has become an “autonomous community” that can assume a greater or lesser degree of autonomy; in education, health, and law enforcement, for example.