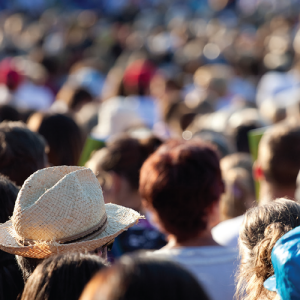 Canada is a traditional case study of political dynamics in multinational societies (Keating, 2001; Gagnon and Tully, 2001; Burgess and Pinder, 2007). Québec nationalism is evidently the major force behind the literature examining the intergovernmental tensions that have marked Canadian political life since the Quiet Revolution. In the literature produced by Québec Francophone intellectuals, the accent is invariably placed on Canadian resistance to Québec government demands for constitutional and political reform (Seymour 2001; Gagnon, 2008). In other words, the goal is to explain how and why Canada does not work, with the failure of constitutional negotiations and the holding of two referendums on sovereignty as clear indications of failure. The work of English-Canadian political scientists on Québec-Canada relations, as part of a larger body of literature on Canadian federalism, is evidently less negative but does not typically set out to explain Canada’s “success” (Stevenson, 2009).

Such a proposition is not so far-fetched, however. On the eve of the referendum in Scotland, the idea that a popular consultation on independence necessarily represents the failure of a State and its methods of accommodation appears less valid than it seemed to be in the context of the Québec referendums. Canada is not going through the political blockage of Belgium or the conflict of communities that is making it hard to form a government. It also seems in much better condition than Spain, which is confronting a resurgence of Catalonian nationalism and its shift towards secessionism with the refusal to accept a referendum on the political future of Catalonia.

The question of the causes of Canada’s success therefore deserves to be addressed. It has a great theoretical importance since the “recipe” for the survival of liberal and democratic multinational States is not clear. This question is also vital in terms of public policies since most of the States in the process of democratic transition are composed of complex societies and must therefore find forms of practices and arrangements that enable different populations to live together.

This text is divided into three sections. In the first section, I survey the literature on diverse strategies used by liberal democratic States for managing multinationalism. In the second section, I look at how Canada has used these different strategies in order to accommodate Québec since the Quiet Revolution. In the conclusion, I take a comparative perspective on the case of Canada.